The title of Shayla’s Capstone is Mirror of Freedom.

“This capstone project is a collection of poems, sound poems, and performances about the journey of finding freedom by looking at myself in the mirror. “

Shayla Harris is double majoring in Creative Writing and Arts and Entertainment Management. She is an African American woman and Christian who uses poetry to reflect on identity, and she plans to continue writing and travel the world performing after graduation, as well as go full course into artist management.

Please join us in congratulating Shayla!

Sierra’s Capstone Project is entitled: Too Many Projects and Not Enough Time: A Writer’s Story.

This is a hybrid work of narrative, prose, and poetry addressing the nature of writing from a fictional university student’s point of view. Sierra is a third-year student majoring in Creative Writing and minoring in Electronic Media and Film Studies Sierra Brocklehurst,  aims to pursue a career as a writer for Cartoon Network Studios.

Please join us in congratulating Sierra. 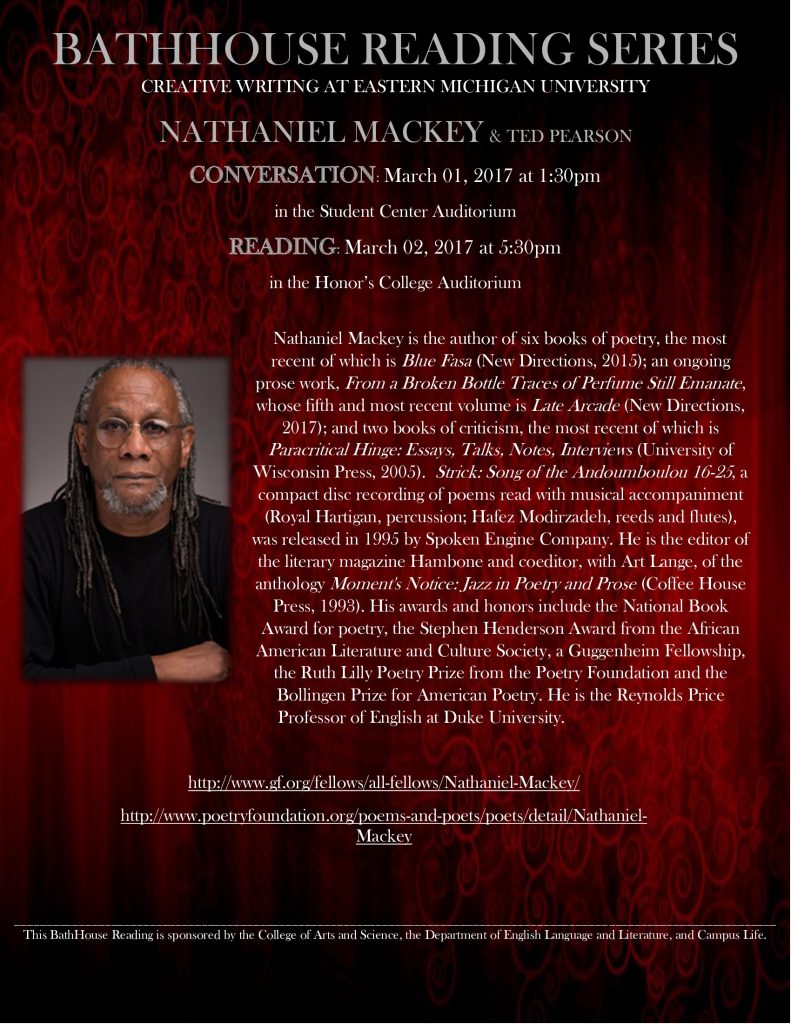 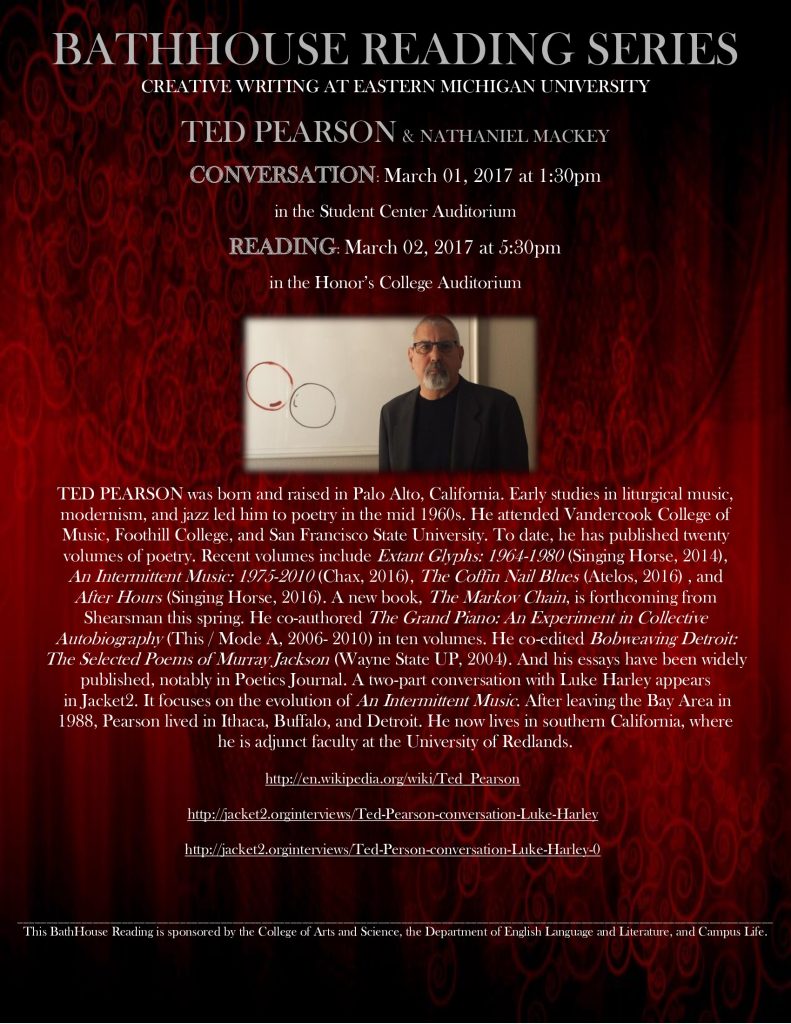 This past week was a big one for both students and faculty. Performers from each echelon exhibited work in the Detroit Metro Area. Both Dr. Christine Hume and CW Grad Student Danielle Etienne were among the artists performing.

On Thursday November 8th at 7:00pm at the Museum of Contemporary Art Detroit (MOCAD), the blog bore witness to both a Reading & Performance of Catherine Wagner & Christine Hume. Christine Hume started the night with a solemn incantation in a piece titled “Speech Talks Back,” afterwards  Catherine Wagner performed poems from her new book, Nervous Device (City Lights, 2012).

During Dr. Hume’s piece, the gallery space was plunged into near dark, a single light illuminating the reading space. The audience sat hushed, and distracted. Dr. Hume read as simultaneous audio boomed from several speakers. At times ears were overwhelmed with the recording and at other times one could feel the reading more palpably. The effect was incongruous with the play between the two channels of narration creating a third space where the piece took form.  The performance caught the audience in this third space, between the poles of navigation, the reading and the recording.

When Dr. Wagner took the stage, the lights came up and all was visible. She calmed herself using a variety of medieval songs rendered live before the audience. She stood before the audience eschewing the podium for a more intimate relation with the attending crowd. Her poems created laughs, frowns and other expressions as diverse as the material she read. Occasionally a poem would also include sung lyrics. This was not a professional musical performance, but an interaction between an untrained singing voice and a honed reading. Indeed, “the poems of Nervous Device express a self-conscious scepticism about the potential for human connection even as they maintain[ed] an optimistically charged eroticism.”

On Saturday November 10th at 8:00pm, Creative Writing Graduate Student Danielle Etienne read three short fiction pieces at Flip Salon in Ferndale. The exhibition/performance, titled Little Cloud Rising/STRAIGHT TO HELL, also featured artwork from artist Jacqueline Woodrich and live musical accompaniment. The space itself, Flip Salon, is indeed a hair salon. Artwork lined the walls and Ms Etienne read in the “waiting room” while the audience crowded around and watched from a variety of perches. As Ms Etienne read a banjo played on, the aura of white trash hillbilly that Ms Etienne articulates in her piece was brought twanging into the salon space. The audience hooted and hollered throughout the performance as Ms Etienne’s evocative descriptions filled them with laughter or caused them to cringe inwardly.

Each of the events was a remarkable demonstration of the breadth of diversity that is present in the EMU Creative Writing Program and the blog looks forward to more performances of both students and faculty.

The Gregory Brothers incoming to EMU campus November 28th. That’s one week after thanks giving. They will be “speaking” in the Student Center Grand Ballroom, their performance begins at 7:00pm. The Gregory Brothers, of auto tune the news fame, are sure to brighten a dreary November with their unique comedy.

END_OF_DOCUMENT_TOKEN_TO_BE_REPLACED

EMU’s Office of Admissions has an internship opportunity for a motivated student.  Read on:

It’s fall in Admissions, and that means lots of communication…and writing! We’re looking to provide an internship experience to a good student writer.

It’s all writing. The student would report to Chris LaRusso, our Associate Director and the person in charge of our Marketing and Communications to new students. Chris manages our projects with our vendor, Pryor, who does all graphic design. But we need someone to help with the writing for these various pieces.

Hours per week: negotiable. Could be as few as 5 or as many as 20, depending on the # hours available and needed for an internship. A small stipend will be offered.

Opportunities: develop a varied and rich portfolio, learn about working with vendors, writing for marketing /public relations purposes and learn about admissions and recruiting communications in general; possible this could evolve into a paid position for future semesters, if the student internship proves to be as much of a contribution as I believe it will.