Title of Capstone: Sinking In Deeply.

“My capstone project, Sinking In Deeply, is a work of a memoir with a hint of fiction exploring the journey of my writing as a black woman and my struggles with identity. I am a Creative Writing major with a minor in Psychology. My plan after I graduate is to develop a writing program for young kids to be able to express themselves. My goal for my writing is for young African American kids to have characters who they are able to identify with.”

Join us in congratulating Ronea!

The main takeaway I got from Janet Kauffman’s Eco Dementia reading was the power of bringing people and environments together through writing.  Not only through writing, but through visual media to help make connections to our world. Janet Kauffman began her reading performance with defining her own term “Eco-Dementia” as being the “condition of humanity; a love of the living world while causing hurt and suffering its destruction”.

If I hadn’t gone to this reading or been a part of the creative writing community, I probably would not have gained insight from her thoughts about the environment.  The ability to share my personal view about society and the world is a writer’s gift, which has helped shape me into a better writer.  I have been gradually getting better at sharing my inner thoughts with others instead of just writing them down or not writing anything at all.  Her presentation was successful in fostering a sense of community and shared endeavor because we are all capable of learning from our surroundings through our senses.  Learning through observing, feeling, smelling, hearing, and even tasting allows us to make connections to the world around us.  Janet Kauffman explained the environment she lived in that was sort of a carley for how Eco-Dementia came about.

Kauffman is surrounded by land and described the importance to protect farmlands and wetlands in Michigan.  Kauffman’s environment placed prominence on connecting to the sense and physical world.  I thought it was a key note when she said she dislikes it when her poetry is described as “nature poetry” because it sounds more flowery in terms of really getting underneath all of the dirt and issues that come along with nature, which is what Eco-Dementia exhibits.

I then attended Joanna Ruocco’s reading on October 24th at 6pm.  Her reading was successful not only in fostering a sense of community, by helping foster young writers’ individual voices.  The pieces she read were lengthy, but each sentence was packed with experimental language to keep the audience engaged.  I noticed several people, including myself that laughed and smiled while listening to her read, particularly “My Future Boyfriend”(her “Dan” excerpt was also humorous).  This piece formed through a response to artwork, which is a similar to a writing/photography class exercise I have participated in at our EMU galleries.  If I have learned anything about Joanna Ruocco’s work, it’s to hone in on finding your voice as a writer while also being open to other possibilities for different styles of genres.

As a creative writing major, my college experience has been about finding my voice through writing and both bathhouse readings have helped me learned how to think outside the box in terms of getting the audience to be invested in my own writing style.  Expansion of the mind and the words on the page go hand-in-hand.  Ultimately, writing should be a way to bring an audience together and leave them thinking about the meaningful questions the work provoked. 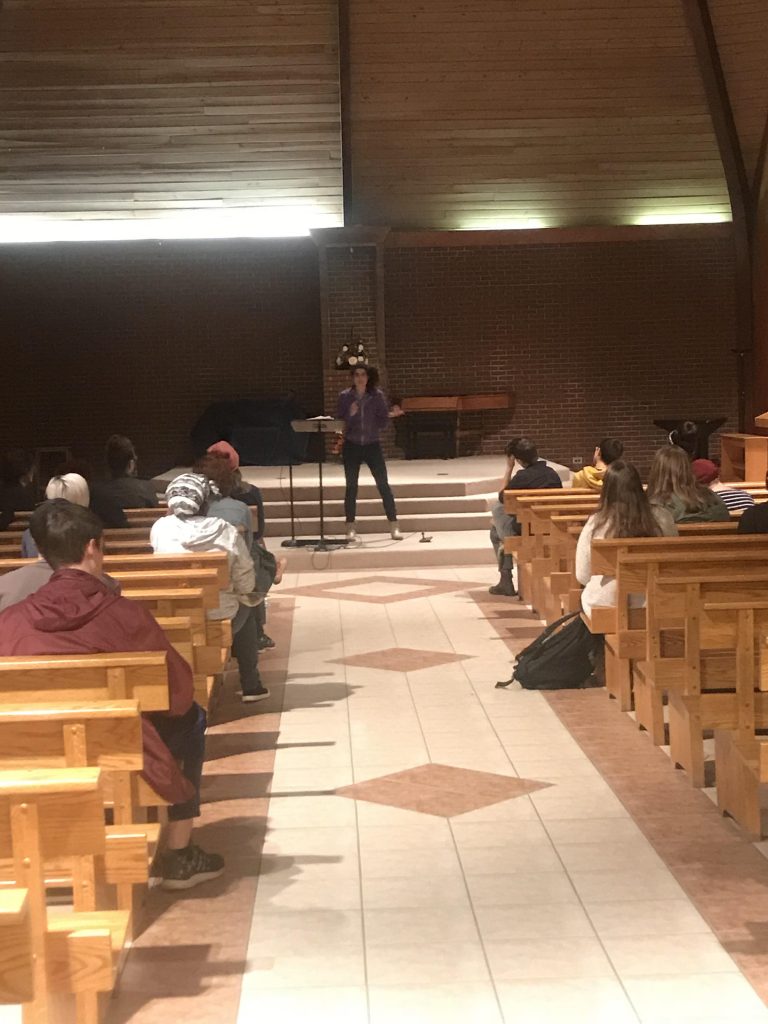 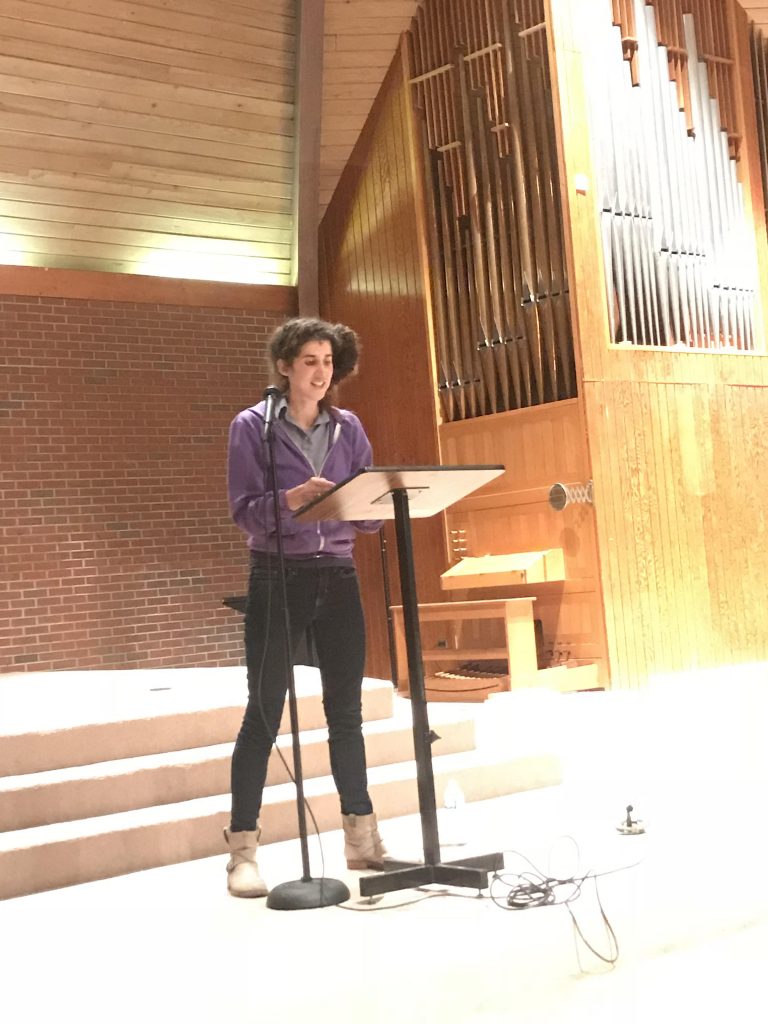 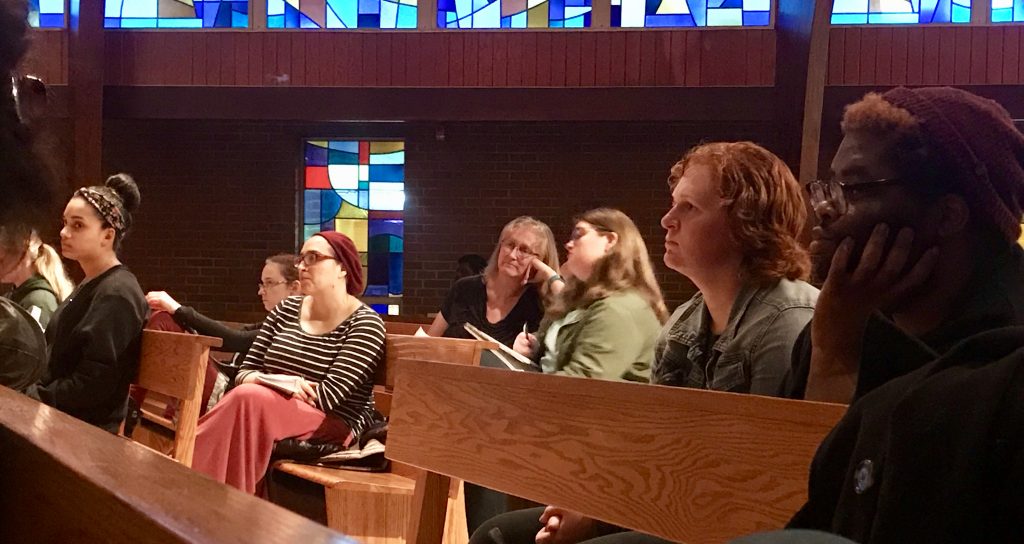 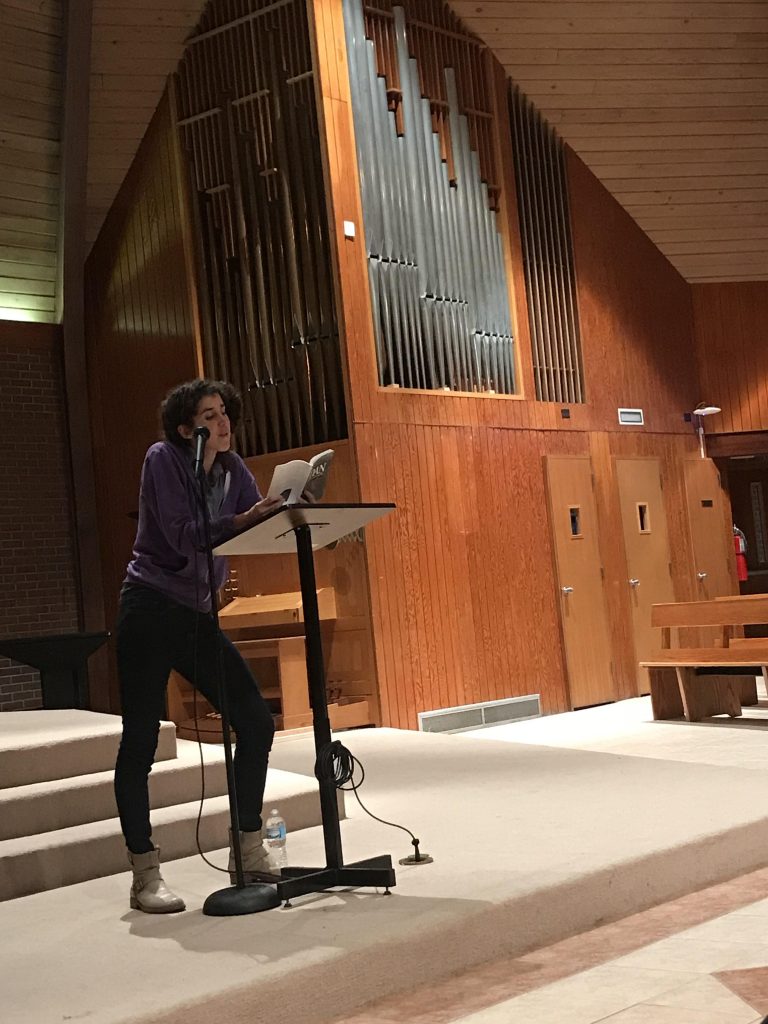 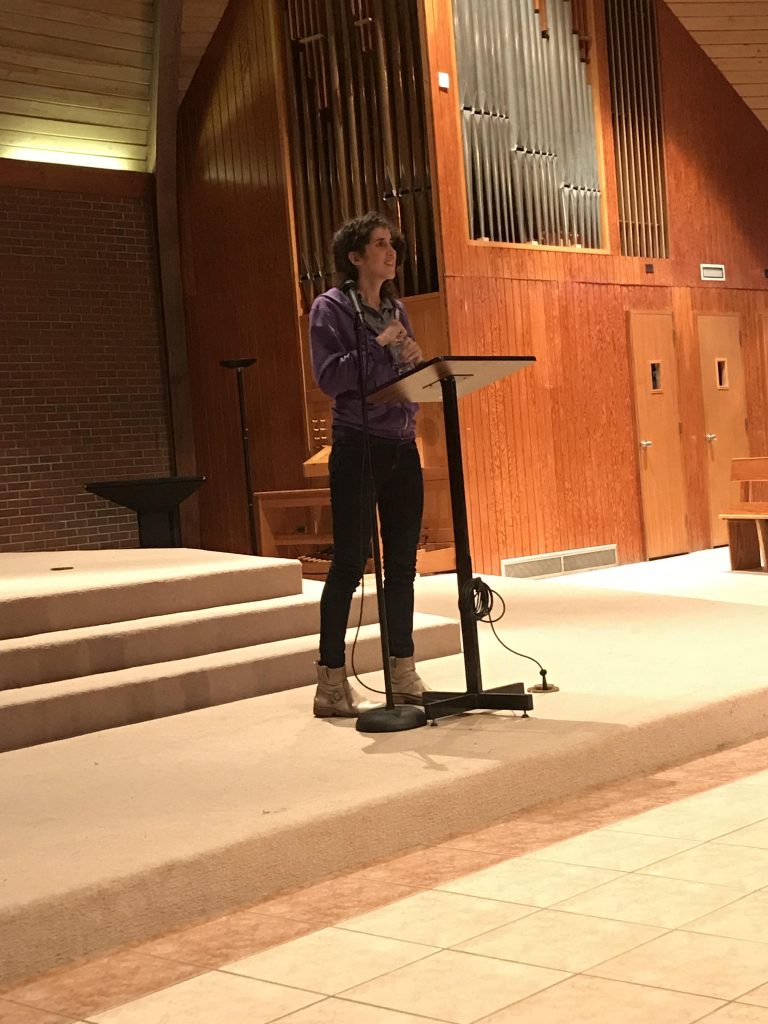