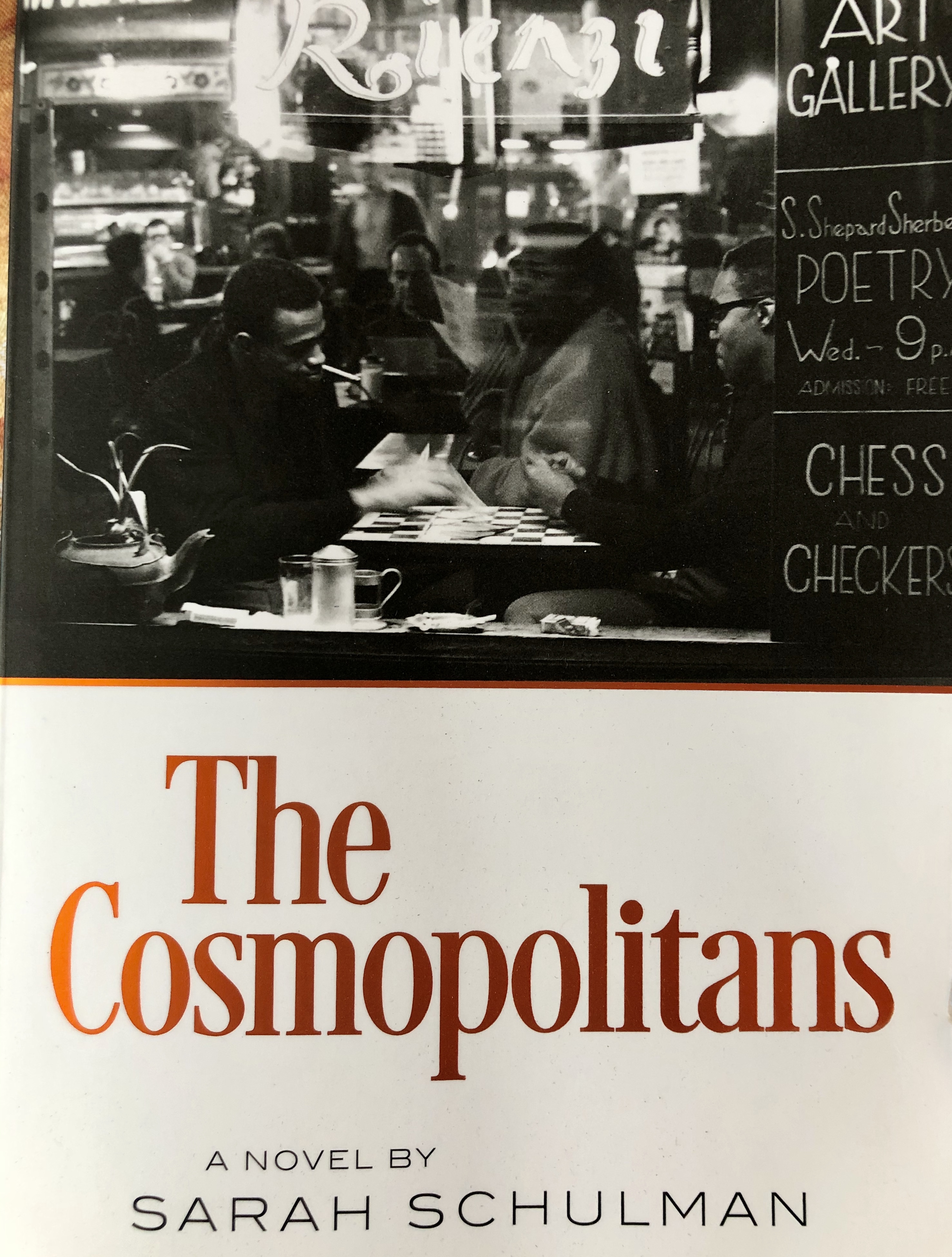 Vee, Graduate Student in the English Department of Language and Literature, is an immensely talented author and scholar. Vee identifies with the pronouns they/them and their, and their multiple talents thoroughly benefit three concurrent areas of study: Creative Writing, Linguistics and Compositions. For more on Vee, visit this article.

In September, Vee shared their reading of this eloquent and thoughtful introduction of our Fall BathHouse Events Series. Read the whole introduction below.

Thank you for joining us tonight in welcoming Sarah Schulman back for her second of three BathHouse Events this week. I don’t know about any of you, but I am not particularly well-rested this afternoon. I could barely sleep after last night’s eye-opening reading and discussion of Conflict is Not Abuse, and I don’t foresee this event being any less gripping. This afternoon we come together to hear her read from her most recent fiction works.

Born in 1958 in New York City, Schulman published her first novel, a crime novel called The Sophie Horowitz Story, in 1984. Since then, she has published eleven additional novels, numerous pieces of nonfiction, written two plays and produced three more, and served as a screenwriter for four films. She is a prolific writer, AIDS historian and activist, and also serves as a Distinguished Professor of the Humanities at the College of Staten Island. Her novel Rat Bohemia, written and set in the center of the AIDS Crisis in the 1990s in New York City, was named one of the “100 Best Gay and Lesbian Novels of All Time,” by The Publishing Triangle.

In reading chapter fourteen of Rat Bohemia, I, a Midwestern, suburban white queer born in the years in which the novel is set, with little tie to the AIDS crisis, was struck by Schulman’s frank discussion of HIV/AIDs, and of the greater public discourse surrounding the crisis and possible cures. Like many of us in the audience, until coming into contact with Schulman’s work, I hadn’t thought critically of the messages around and behind most AIDS narratives, and the often perpetuated idea of the disease as being something that can be learned from, that is not an unimaginable burden, and, and I quote, not “just fucking sad.” Schulman writes: “My friend Ronnie LaVallee said that the reason he felt better when he took some useless drug was because it was his father who told him about it, thereby proving that his father actually loved him. So why didn’t newspapers announce the next day that parental kindness helps people with AIDS live longer? Because that’s asking for more than people can do. Love our gay children? Impossible! We just want a pill. It’s easier.” This passage reminds me of the complexities of public health crises often unaddressed by prevention campaigns, and of the immense health care system inequities that exist in the United States. Even if we did have a magic pill, who would have access to this magic pill? What would it cost? What other barriers would patients have to go through to receive it? More importantly, on the topic of cures, are they ever going to make a pill to cure the homophobia crisis?

With her most recent novel, Maggie Terry, Schulman returned to the crime genre with a lesbian detective novel featuring the eponymous detective-turned-private-investigator, fresh from rehab, coping with both the gentrification of New York along with the harsh reality of the Trump Administration. Maggie just wants to rebuild her life and be reunited with her daughter, but she soon finds herself twisted up in a sensational case with a strangled actress and the hauntings of  police brutality that eventually cause her to recognize her complicity in a racist murder. In an interview with author Carley Moore, Schulman stated: “A really long time ago, I stopped writing protagonists that were based on myself, and I started writing protagonists based on people who were driving me crazy.” With this in mind, the book is dedicated to Thelma Wood, the real-life inspiration for the character Robin Vote in Djuna Barnes 1936 novel Nightwood, one of the worst girlfriends in literary history. I find that my experience in reading the character supports this notion. Maggie Terry is not always, or even often, a character I find sympathetic. However, I notice that in reading her, the reasons I find I am disgusted with her are that she resonates deeply with parts of myself I am dissatisfied with. Of the novel, Liz Von Kempeler of Lambda Literary said: “Traversing the personal to the sociopolitical, Shulman’s latest offers a strikingly rich portrait of lesbian identity, as well as a smart treatise on how an once righteous ‘outsider’ can end up at odds with the vital ideals of justice and equity for those who need it most.” Through Maggie, Schulman reminds us that each of us must continually work to fight against injustice, even if we are convinced we are doing that already. Thank you.

To purchase a copy of Schulman’s moving novel, visit here. The text is available where ever fine books are sold.